To the north, south, east and west, you are in the area most densely populated by the past. 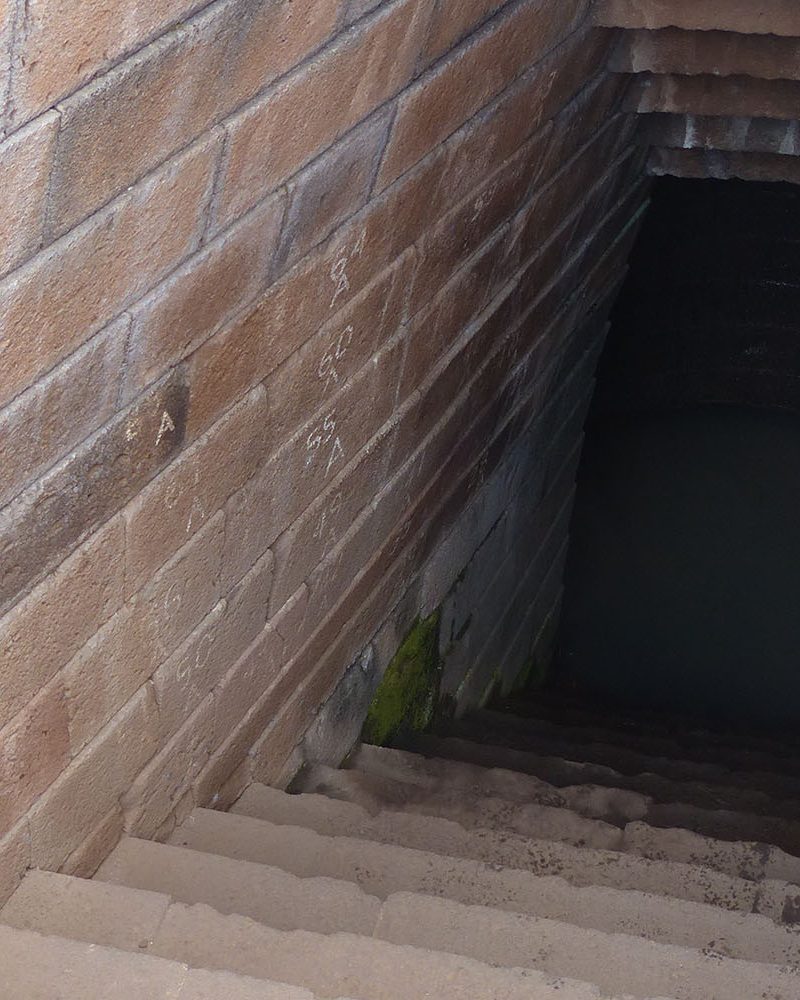 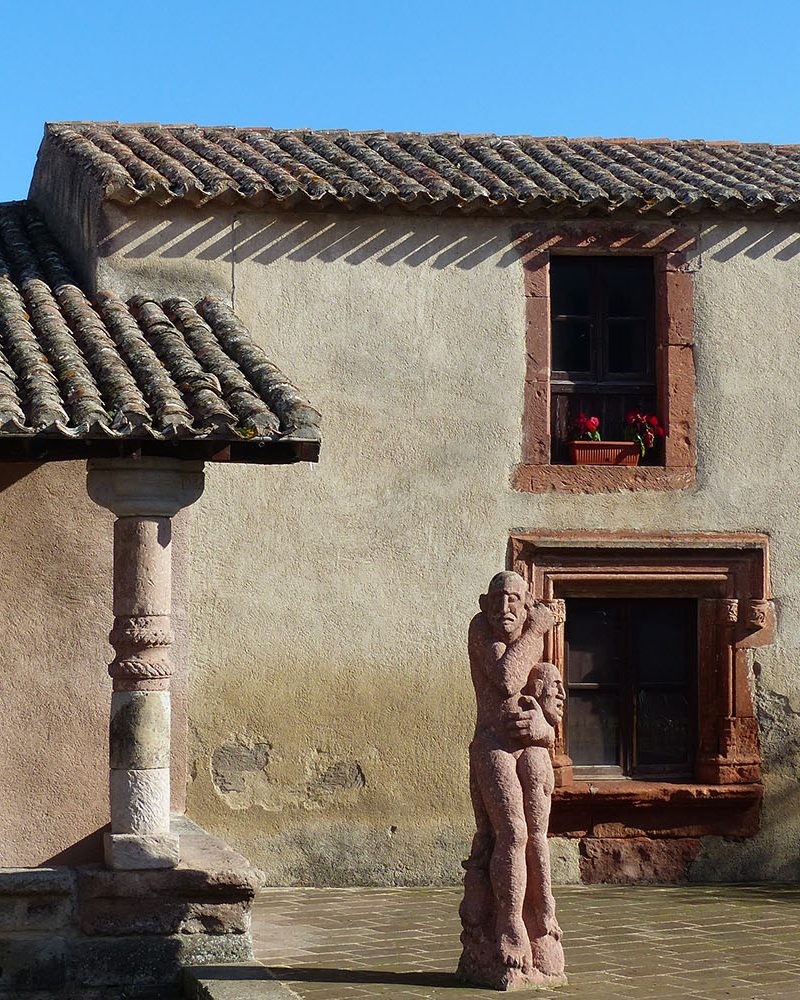 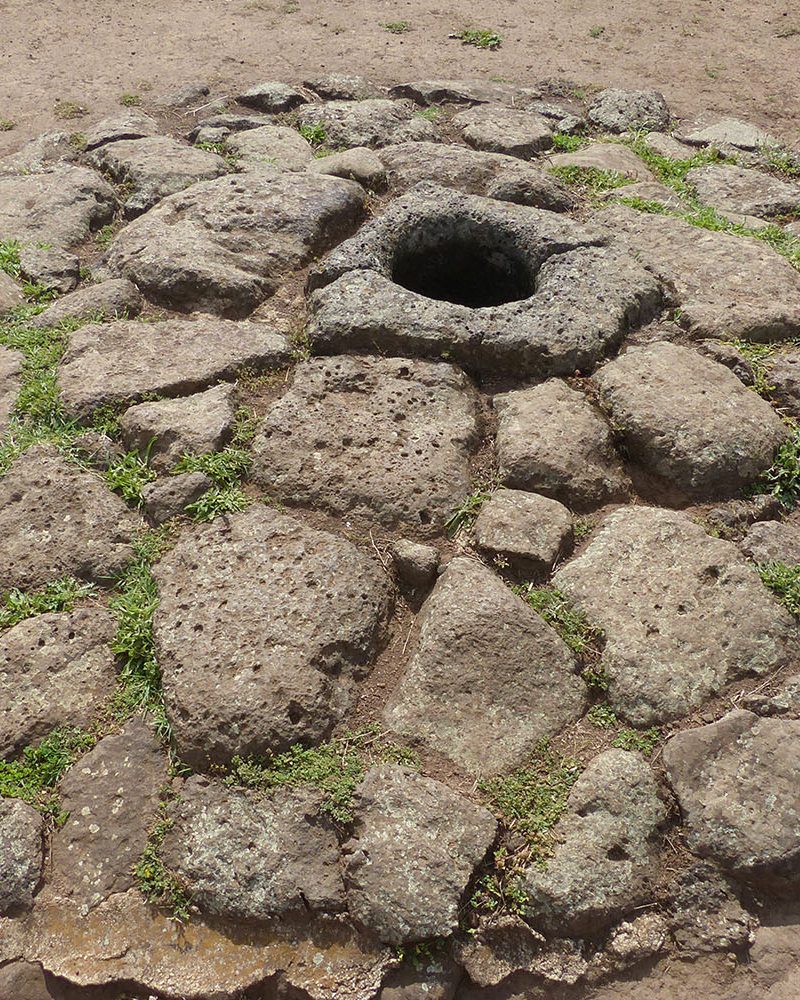 Dating back to the Middle and Recent Bronze Age (1700-1400 bc), the Tamuli archaeological complex is at the foot of Monte Sant’Antonio where the Marghine chain meets Montiferru.

Surrounding the nuraghe corridor located on a rugged basaltic rock, the trace of the Nuragic village emerges with elliptical and circular huts that have not yet been completely uncovered; the testimony of this necropolis is extraordinary. Made up of three tombs of the giants (collective burials), the area displays the alignment of six betili (anthropomorphic stones) representing female and male divinities, custodians of the funeral area: these are at the origin of a life that starts with death.

Rich in history and energy, the area is sunny and windy, open and wide, allowing the gaze to see as far as the sea. Remember to wear a jacket even on summer evenings. Get to know the site with a guide from the “Esedra” cooperative which manages the area and allows visitors from morning to sunset.

It is considered one of the most important testimonials of the Bronze Age in Sardinia (1600-1200 BC) and one of the best examples of Nuragic architecture.

For the compactness of volumes, the refinement of building techniques, the organic design of its layout is formed from a three-lobed bastion (triangular layout with three vertical towers) which incorporates an imposing keep circumscribed by an antemural and a further ring of walls. Nuraghe Losa, built with impressive blocks of basalt, rises on the plateau of Abbasanta, which constituted an extensive and continuous settlement area.

Therefore, this visit, which will arouse great emotions, cannot be missed. The “Paleotour” cooperative , which manages the site, guarantees a guided tour at the most suitable hour for the season, from the morning (9 am) until one hour before sunset and at night too, during the summer.

One of the most important sacred areas of Sardinia, it is located within a large olive grove; spending time in the loveliness of this place may be refreshing.

Passing the cooperative headquarters, the Archeotour which manages it gives access to the Christian novenary. Since the 13th century AD. it has gathered the small houses (the so-called muristenes or cumbessias ) around the small church dedicated to Santa Cristina. From here, on the right, you reach the Nuragic village (1700 century BC) with the single tower nuraghe and elongated huts. To the left, you enter the sanctuary where the well temple is located (1200- 1000 BC). The well harbours a spring and is an example of the architecture of temples dedicated to the cult of water in Sardinia.

A place to visit, it is particularly beautiful at certain times of the day (early morning and dusk in summer). Enjoy the place in solitude or with a guided tour offered by Archeotour from sunrise to sunset.

This is the thermal bath complex created near the “Forum Traiani” settlement (now Fordongianus) and in front of the left bank of the Tirso river, developed into two establishments located on two levels between the 1st and 3rd centuries AD.

The earliest people enjoyed the benefits of spring waters that still flow with a temperature of 54°; in later periods the practical use of the waters included heating them artificially to create a health route from “cold” to “hot” that prepared for the construction of the “frigidarium”, “tepidarium” and “calidarium”.

We recommend the trip organised by the “Forum Traiani” Cooperative and we also suggest, a short distance from the archaeological site, at the nineteenth-century structure in front of the Tirso river, the experience of bathing in the cobbled pools directly above the thermal spring of “hyperthermal, salty – bicarbonated – fluorinated” water between 41°C and 43°C, for which we provide you with the things you need (bathrobe, slippers and cap).

28 male statues, including 16 boxers, 6 archers, 6 warriors of considerable proportions are today the extraordinary result of the complex recovery and restoration work of items found in a fragmentary state in the extraordinary necropolis of Mont’e Prama. This is the highest expression of Nuragic civilisation, at the base of the hill of the same name in the centre of the Sinis Peninsula, near the Cabras pond.

From the first discovery (1975) and following the subsequent excavation campaigns (1975-1979, 2014-2017), some restored statues along with stylised models in Nuragic and Betile form are on display at the Civic Museum of Cabras, others are at the National Archaeological Museum of Cagliari waiting for the extension of the former venue to allow them to be brought together in a single museum site.

What do we know about this sculptural complex that stood aligned near the tombs of Mont’e and Prama? And why are young men pre-eminently buried in the necropolis? And what is the relationship with the statues that highlights the strength and vigour of trained bodies?
Scientific research in the series of detailed interpretations of the site is in agreement in affirming that it belongs to the Iron Age (end of the IX and first half of the VIII century) as the only expression in Sardinia of the most advanced phase of Nuragic civilisation.

Although the Giants welcome us now in an indoor space, it is impossible to remain free from their magnetic charm and avoid gazing beyond the glass to the hill where they were found and to imagine and want to know more.

This is the Phoenician-Punic and Roman docking city that extends across the extreme tip of the Sinis Peninsula, probably founded towards the end of the 8th century B.C. and abandoned in the 11th century in favour of Othoca, the current Santa Giusta, the first founding nucleus of Aristanis, the current Oristano.

A walk through suggests that the place must have been valued since ancient times because traces of the very first Nuragic settlements are visible, such as the remains of the Nuragic village at “Su Murru Mannu”; traces of the Phoenician presence, which include the two necropoles and the thopet; ruins from the Carthaginian era, to which the “monumental temple” dates back; and finally traces of the Roman era, with its prestigious road network and the structures used for the thermal baths.

The visit, conducted by representatives of the “Sinis Peninsula” cooperative, who offer passionate expertise, allows visitors to read the past with a wide choice of hours that lasts until evening in the summer. This is truly fantastic, because the site of these archaeological remains is of remarkable environmental beauty, and the walk that crosses the side of the open sea and the so-called “dead sea” rewards visitors with knowledge and excitement.

This site uses cookies, including third parties, to send you advertising and services in line with your preferences. If you want to learn more or opt out of all or some cookies click here . By closing this banner, scrolling this page or by clicking any of its elements consent to the use of cookies. Ok